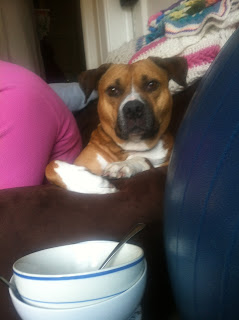 Christmas Eve was a nice, relaxing, fun-filled day together. We started the day with Evie squeezing herself behind me on the couch while I had breakfast in the living room. haha! 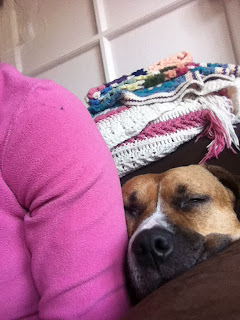 Check her out, snug as a bug, BEHIND me. 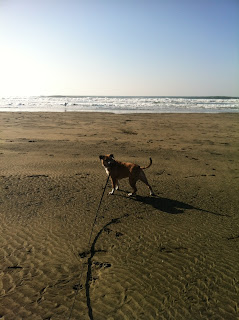 I brought Evie to the beach during the day so she could run around & have fun. It was sunny, not too cold out, and a perfect day to be down there. 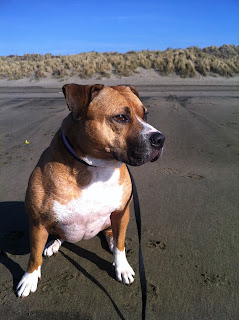 The beach wasn't crowded and she was able to run around, in the water, and dig in the sand. She also found a small pool of water that she was running like a mad man through! 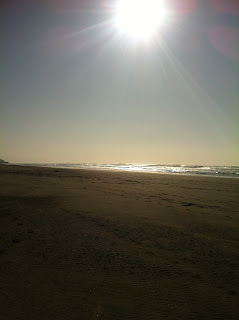 What a nice day to be at the beach. So pretty! 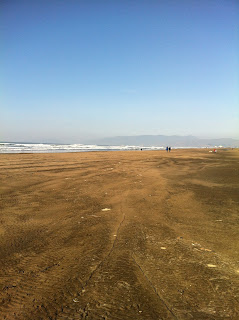 After the beach, it was time to come home and get ready for our evening out. 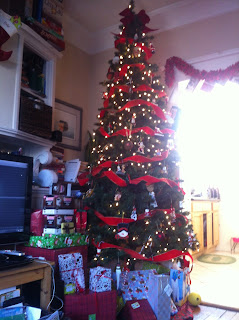 While waiting for Erik to get ready, Evie and I chilled on the couch with a glass of wine. I love our tree! Erik has put the roaring fire on the TV courtesy of Netflix! 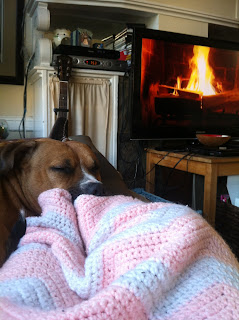 Evie, snuggled on the couch. She is really loving us all being home together. 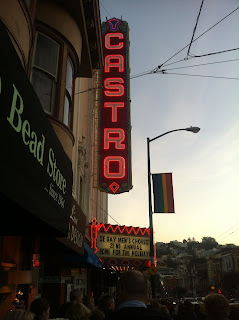 At 5pm, we went to the SF Gay Men's Chorus Holiday Show. This is a popular, SF Tradition, that has been taking place for over 30 years. There are over 200 men in the chorus. It was a stunning, beautiful show. 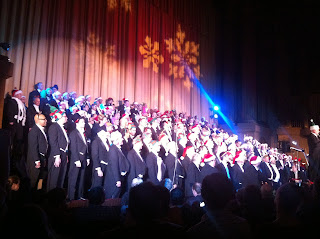 The chorus is filled with men of all ages. It is just so wonderful that we live in a place where everyone is eager to see this show and is fully accepting of this chorus. It is something that everyone looks forward to and embraces the beauty of it. I would 100% go see this show again and again.

It was mostly an acapella show backed by a bell choir. They sang some very traditional songs and had some fun mixed in, as well. There was a guest Opera singer and she had the most beautiful voice to sing Silent Night. On the other hand, a famous drag queen sang one funny song about having to find a new man because Santa leaves her alone every Christmas Eve.

It was such a wonderful show! 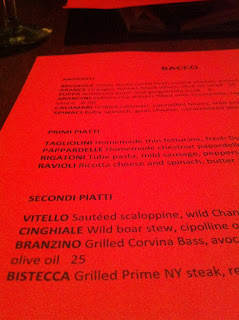 After the show, we headed towards our dinner location. We were a little early, so we went to Valley Tavern for a drink before dinner. Then, we headed to dinner at Bacco. 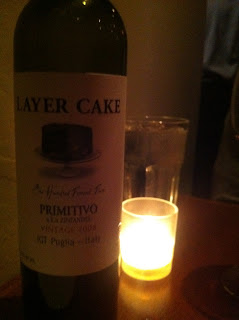 We shared a bottle of wine during dinner. We each started with appetizers - Erik had the butternut squash soup and I had the spinach salad. 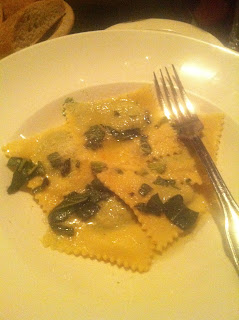 I had the spinach/ricotta home made pasta. So delish. 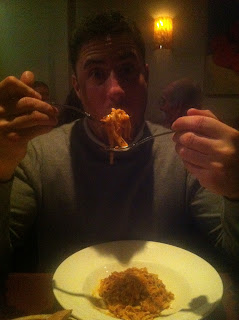 Erik had fettucini with crab, which he liked! 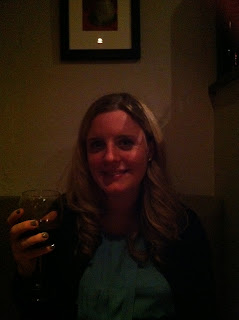 We also had dessert. My apple tart was sooo good. 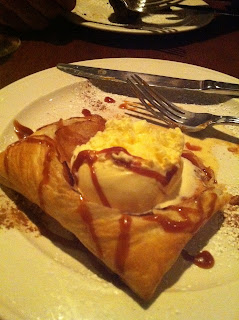 We would definitely go back to Bacco on a regular night, to try the rest of their menu since they had a limited menu for the holiday!

After dinner, we headed home where we each opened a present. What a great day & evening together!
Posted by Heather M at 12:12 PM 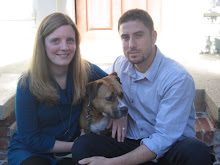 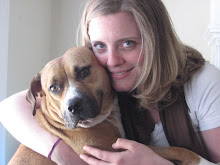 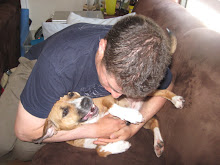 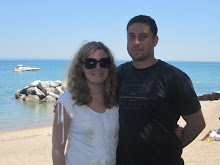 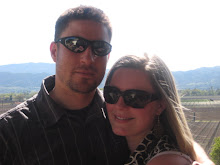 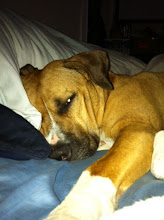 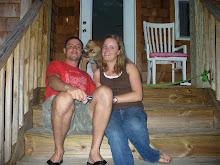 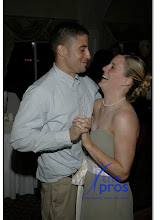 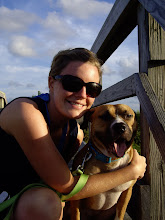